To book a course or find out more information please select an option below.

To book a course or find out more course information please select an option below.

In 2013, the Commission for Energy Regulations CER (Now known as the Commission for Regulation of Utilities Water and Energy CRU) has directed that, from July 2013, all Electrical Verification & Certification courses, which grant a Qualified Certifier (QC) number be accredited by a recognised provider.

We are the first private sector provider to fully meet these requirements from the CRU directive.  Our course is recognised and accepted by Safe Electric (previously RECI) for the issuing of Qualified Certifier (QC).

The qualification is from City & Guilds which is recognised worldwide, and lasts five years. It is compliant with the CRU and Safe Electric and can be used to obtain a Qualified Certifier number.

Candidates wishing to participate in the Electrical Testing Course should be qualified electricians and have previously obtained a Level 6 of the NQAI Certificate in Electrical Craft Practice or equivalent. Attendees should bring their National Craft Cert/Card or equivalent for registration purposes, and as a confirmation of their trade.

Call, Email or Book Online Below:

Email us at info@electricalskills.ie or fill out the form on our contact page. 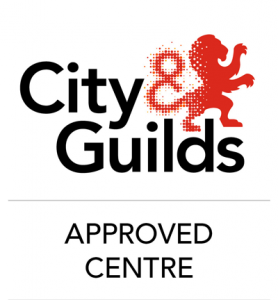 Parking is available on site.

This website uses cookies to improve your experience while you navigate through the website. Out of these, the cookies that are categorized as necessary are stored on your browser as they are essential for the working of basic functionalities of the website. We also use third-party cookies that help us analyze and understand how you use this website. These cookies will be stored in your browser only with your consent. You also have the option to opt-out of these cookies. But opting out of some of these cookies may affect your browsing experience.
Necessary Always Enabled
Necessary cookies are absolutely essential for the website to function properly. This category only includes cookies that ensures basic functionalities and security features of the website. These cookies do not store any personal information.
Non-necessary
Any cookies that may not be particularly necessary for the website to function and is used specifically to collect user personal data via analytics, ads, other embedded contents are termed as non-necessary cookies. It is mandatory to procure user consent prior to running these cookies on your website.
SAVE & ACCEPT